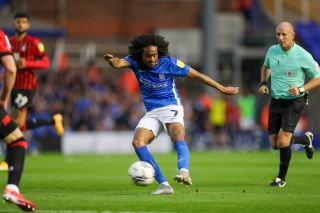 Tahith Chong scored the first goal of Manchester United’s pre-season this summer in a 2-1 win over Derby last month but the winger linked up with his new teammates at Birmingham shortly after.

Chong spent last season on loan at both Werder Bremen and Club Brugge but neither of the two spells proved to be successful, and the club has now decided to test him in the Championship.

The 21-year-old impressed from the first minute and was even named as the Man of the Match on his debut after a fine display against newly relegated Sheffield United.

He was, however, taken off with an injury in the same game and subsequently missed out on Birmingham’s next fixture. Since then, he has recovered and worked his way back into the team, earning high praises from manager Lee Bowyer after their loss to Bournemouth on Wednesday.

“Chong is a good player and he can play anywhere,” Bowyer told the official Birmingham website. “He has played two games now and has played in two different positions, and I am sure he will play in a few more as well! Good players just adapt.”

Chong extended his contract with Manchester United last year but it’s due to expire next summer, although the club has an option to extend it for a further year.