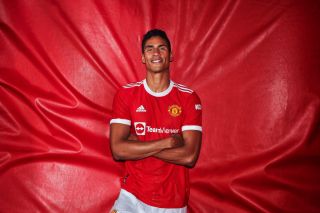 Raphael Varane will cost Fantasy Premier League managers £5.5 million if they decide to put the Manchester United defender in their team this season.

It makes him FPL‘s joint-most expensive United defender and questions will be asked whether the Frenchman is set to make his debut against Southampton on Sunday.

Varane has started training with his new teammates, so it’s definitely a possibility. I can’t imagine he’d be out of shape after representing France at Euro 2020 during the summer.

It should stand without saying that Varane can help to improve United’s defensive displays this term – after conceding a whopping 18 goals from set-pieces in 2020/21.

Our away form was fantastic — unbeaten across all 19 matches on the road and conceding only 16 goals, second only to league winners Man City — but now it’s about setting the record straight at Old Trafford.

At the Theatre of Dreams, United conceded 28 goals – nearly double what we let in away from home.

Let us know in the comments if you will be signing Varane for your FPL team?