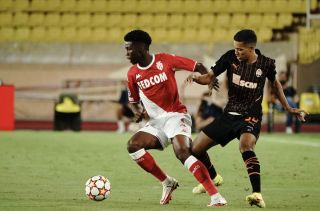 According to recent reports, Manchester United are interested in signing Monaco midfielder Aurelien Tchouameni and could make a formal approach before the summer transfer window shuts on August 31.

That’s according to a recent claim from Belgian footballing expert Sacha Tabolieri, who has claimed the Monaco midfielder is wanted by Ole Gunnar Solskjaer’s Red Devils.

Tchouameni, 21, only joined Monaco 18-months ago after making the switch from domestic rivals Bordeaux in a deal worth £16.2m.

Since his arrival at the Stade Louis II stadium, the young Frenchman has gone on to feature in 50 senior matches, in all competitions.

Although the 21-year-old is primarily a holding midfielder, he has managed to rack up four goals and four assists since joining the club in January 2020.

Read more: Man United confirm which kit side will wear vs. Southampton

Despite already signing Jadon Sancho and Raphael Varane, there have been strong calls for the Red Devils’ hierarchy to dip into the market once more and bring in a new defensively minded midfielder.

Tavolieri claims that not only are United keen on the 21-year-old, they’re also in talks with the player’s representatives and could make a concrete offer to his club before the end of the transfer window. 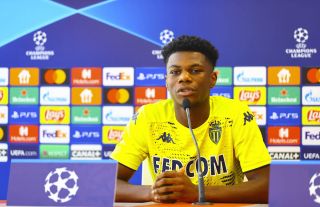