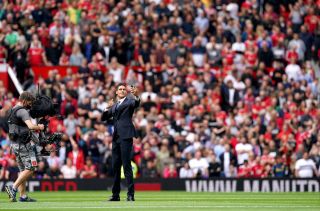 Raphael Varane became Manchester United’s third signing of the summer last week after a lengthy pursuit. After resolving an issue with his visa, the defender was then quarantined for five days before being officially announced as an addition to Ole Gunnar Solskjaer’s squad.

The four-time Champions League winner joins the club as an experienced pillar in the game, having won nearly every trophy he has competed for at some point.

It could, however, have been very different if Sir Alex Ferguson had it his way a decade ago. Varane has now confirmed that United’s legendary manager tried to sign him in 2011, with the Scot even going as far as to visit his mother’s home in France.

“When it was real, that was when I spoke with my club, and I felt it was a real opportunity to play in the Premier League for Manchester United.”

Instead, Varane ended up going to Real Madrid that summer but the Old Trafford faithful will be happy to finally have landed their man after their longstanding interest.