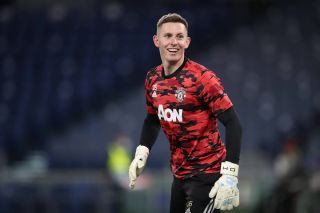 Jesse Lingard seems to be in Ole Gunnar Solskjaer’s plans this season.

Despite claims from Gary Neville that Lingard should move back to West Ham on a permanent basis, Solskjaer has tasked the midfielder with playing a part in Manchester United’s campaign.

The England international was left out of Saturday’s match day squad versus Leeds because he is recovering from testing positive for COVID-19.

“Don’t forget Jesse Lingard who has re-invented himself and has come back the man that we know he is with the quality. He is going to play a big part as well,” Solskjaer told reporters after the 5-1 win over Leeds, as per ManUtd.com.

“Of course there could be more rotation. We will be fresher. We will have to have a big and strong squad to be competitive in this league. It’s the best league in the world and we also have to be lucky with injuries, but I am looking forward to working with all these players.

Solskjaer also provided an option on Dean Henderson, who felt fatigued after a positive COVID-19 test.

“We will see how he feels and, hopefully, he can join in training on Monday [today].”

Lingard, however, is a wanted man at West Ham.

Hammers goalkeeper Darren Randolph took to Instagram last night to try to convince Lingard to make a swift return to the club.

The message read, “@JesseLingard I’ll be seeing you soon at Rush Green for training! You know you want to!”

Lingard is expected to return to Manchester United training this week but the transfer window will be closing soon.