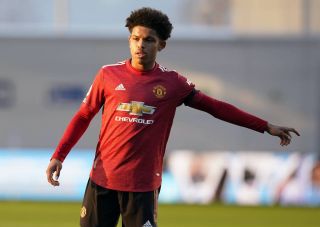 It is not the first time I have argued that the most ridiculous decisions made in football are from people in suits who have not played a single game in their lives. Talk about football being the people’s game, right? Clearly it is not.

While some of these decisions are justified on being about the future of the game, others are utterly ridiculous. As an academy regular viewer, I could not wait for the start of the Premier League 2 and the U18 Premier League. United have new incomings at the U18s and U23s level, exciting talents and potentially the future of the club.

Manchester United U18s faced City in the mini-derby and the media coverage was made possible by the Manchester City TV, City+; as United usually have other activities planned on MUTV when the first team is playing. This has been the case for years now, so this was something that was expected.

However, the strange thing stands in the Premier League 2 games where broadcasting the game LIVE has now become a question of rules, and all based on the set of fixtures of the Premier League. Manchester United issued an important update on Saturday answering why Sunday’s fixture of the Reserves, originally scheduled to be shown on MUTV was removed:

“Unfortunately, MUTV are unable to show the game live due to broadcasting restrictions which mean a Premier League 2 fixture cannot be screened if a Premier League game is taking place at the same time.”

As per the league schedule, Manchester United U23s were to play Leicester City at 12:00 GMT and the game for all MUTV subscribers would have been available to watch. This was not the case.

It is quite surprising why such decision was taken, right now. Fans cannot always watch the games live in the stadium and having a subscription would have helped. Given the problematic situation with the COVID-19 situation, guidelines must be followed and in case of a positive, one is unable to attend the game.

One thing they never took to account are the overseas (international) fans, who heavily rely on broadcasting. It is quite difficult to understand why I, as an academy fan would want to watch another game of Premier League if my team had already played, and an academy game of my interest, is on. A fresh example is the one from today. As a fan, I was completely uninterested and indifferent to the Premier League game taking place between Newcastle and West Ham United, no offence to the teams. Manchester United U23s were playing and as per usual, MUTV would show the game live. Well, the new restrictions had other plans, obviously.

In all of this, I still wonder how this decision was taken. Was it data driven? Were the academy games preventing them from having new viewers to the Premier League games? Has this been a successful decision?

Someone needs to answer these questions even if they may not be of major interest for many. Apparently, the approach towards hurting youth football is not quite finished. Hopefully, something changes by the time an academy game is being played at the same time with a Premier League game.

Manchester United U23s play Chelsea next Friday, a classic game at youth level as well. These young players need all the support they can get from the fans, at home or in the stadiums.

Stop making new rules, just for the sake of money.