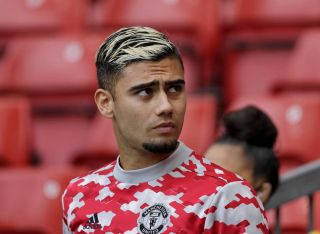 According to TNT Sports, the midfielder is desperate to play for Brazil at the World Cup next year and sees the move as a chance to make a statement to international boss Tite by ensuing he plays regular football.

Pereira has been at United since 2011 but has failed to make his stamp on the first team other than being a bit-part player.

He was shipped off to Lazio on loan last season and the Serie A side haven’t shown enough interest to sign him permanently.

Another year at United would see him on the sidelines.

Everton are also said to be interested in a move for Pereira, with claims suggesting the Merseyside club are trying to sign him on loan with an option to buy following a season-long stay.

Where do you think Pereira will end up this summer?