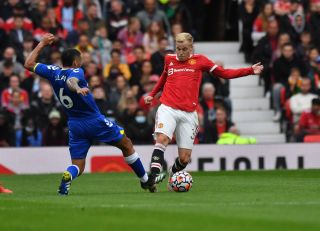 Ahead of the 2021/22 Premier League season, I asked several Stretty News writers for their thoughts on a number of issues.

Like, is this the last chance for Anthony Martial?

Jamie Spoor: “How many ‘last chances’ can one man get? Martial is nothing if not mercurial and sometimes you just have to accept that. Martial’s United career has been a series of peaks and troughs – just when it seems he’s been written off, a red hot purple patch ensues and he suddenly seems to hold all the answers. It makes sense to keep him for one more season, but he’ll need to recapture his fine post-lockdown form of 2019-20.”

Shaun Connolly: “I don’t believe so. Martial is somewhat of an enigma. On his day, he’s utterly unplayable. On another day, his body language is about the only thing of interest. Despite his lacklustre season gone by, I feel quite a bit stemmed from a lack of fitness (due to injury). People have short memories and it’s not so long ago that he was the PPOTY. I’d think there’s a place for Tony as long as he wants it, and I feel that he’s going to surprise a lot of doubters this season.”

Paul Rowles: “If you are readers of my work, you will know I have been championing Dean Henderson for a long time. A talent that needs to be allowed to develop and David de Gea struggling to rediscover his best form. Unfortunately for Dean, he hasn’t quite fully grabbed the chance and contracting COVID-19 has meant a prolonged layoff and De Gea starting the season as first choice. In my eyes, De Gea is begrudgingly first choice for now, but Henderson won’t give up the fight.”

Kevin Tanza: “Dean Henderson. A much more commanding figure, more vocal and even a better shot-stopper than the current version of David De Gea, according to last season’s numbers. I also think he is better suited to our more offensive-minded playing style, which really doesn’t play to David’s strengths.”

Are you in camp ‘do one’ with Paul Pogba or think he will end up staying?

Jamie Spoor: “For me, this one is a paradox. When at his best and in the mood, there aren’t many midfielders in world football better than this man. A summer move now seems unlikely – especially since PSG, his primary destination – have signed some bloke by the name of Messi. Pogba undoubtedly makes United a better team but comes with excess baggage and a toxic agent.”

Shaun Connolly: “Earlier this summer, I felt it was finally time for Pogba to nail his colours to the mast. I am tired of the circus which has followed him every summer and Raiola’s comments the night before the critical Leipzig away game made up my mind that Pogba had to go. The embarrassment of losing him twice for free is regrettable but I am leaning towards seeing how far we can go this season with him in our team. Let’s be honest, does anyone trust the board to adequately replace him so late in the window? United are in a mess with the contractual situation but it cannot be denied any squad is better with a player of Pogba’s quality. He will leave for free in 2022 seemingly but I would keep him as it’s too late in the window to replace him.”

Donny, a man on a mission?

Paul Rowles: “Donny Van De ‘Bulk’ has beefed up for this season and that was entirely scripted when he arrived last summer. It takes certain foreigners time to adjust to England and the gap between the Dutch and English leagues is enormous. Hopefully Donny is equipped now to deal with the Premier League and can displace the frustrating McFred partnership, which should promote more attacking football. I really hope he takes this season in his stride and kicks on.”

Jamie Spoor: “Donny has looked noticeably leaner and meaner, bulking up considerably over the summer. There were flashes of potential and ability on the rare occasion we saw him last season, but nowhere enough for a player of his reputation and talent. I’m prepared to give him the benefit of the doubt as many players struggle in their debut season, but he HAS to perform this time around.”

After conceding 18 goals from set-pieces last season, what impact are you expecting from Raphael Varane?

Kevin Tanza: “I expect Varane to have a positive influence on our set-pieces, but I think coach Eric Ramsay might be more influential in that regard. Our set-pieces problems were not down to the defense or the goalkeepers because we had those issues with different players, so I hope the coaching staff can fix that.”

Shaun Connolly: “I’m expecting the largest impact from Eric Ramsay here. His experience in setting up for set pieces will be invaluable. When you throw a serial winner into the mix, it can only be a match made in heaven. In terms of aerial ability, I still fancy Maguire as the linchpin (in terms of aerial prowess), but Varane has the experience and the know how to add all of the extra dimensions.”

Can United win the Premier League?

Jamie Spoor: “They certainly can, but whether they will or not is another matter. It’s going to be very tough to get past City, Chelsea have improved and, with Virgil van Dijk back, Liverpool will be strong as well. There were huge signs of progress last term but we never really look like genuine title challengers. The midfield area still looks light and remains a weakness, but a title push has to be the minimum expectation going in to 2021-22.”

Kevin Tanza: “Yes, but it’s not going to be easy. If we win the league, it’s going to be in the final fixtures and with this team pushed to their limits.”

Shaun Connolly: “Yes. Will they win they league – I don’t know. Consistency is the issue. I’m not worried about two games against City, Chelsea or Liverpool, Ole thrives in those occasions and has an extremely good record. It’s the games we ‘should’ win, then drop 2 points that have always been the issue. I’m hoping the acquisition of 2 world class staters will change that.”

Paul Rowles: “Unfortunately, I still feel we are a player or two short of mounting a serious title challenge, particularly in midfield, where McFred ultimately needs to be upgraded. That said, stranger things have happened and it would be crass to totally rule it out. United could surprise a lot of people this season, but a lot has to go our way, including making a rapid start and our home form simply has to become virtually flawless. If we can make OT a fortress again, let’s see where we end up but, realistically, I see us finishing comfortably in the top four and we need to target a Champions League or FA Cup as well.”