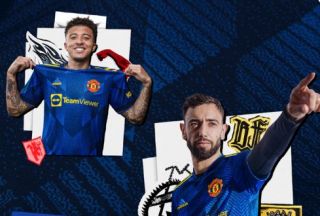 After the launches of Manchester United’s home and away kit, Adidas has launched a third kit for the new season.

It is a homage to the away shirt from the 1993/94 season when United retained the Premier League title and also won the FA Cup to complete the club’s first-ever Double feat.

The new third kit is available to buy now.

It is a combined design of colours: black, blue and yellow.

Check out the launch video below via @ManUtd:

What else would we hunt? 🏆

Part of me feels the need to ask why, every year, is there a need for three new kits? Not like we’ve forgotten that the only thing the Glazers care about is money.