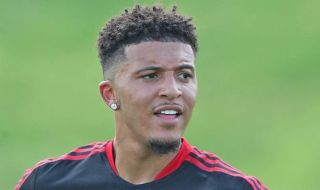 Everyone is eager to see the new signings implemented into the team and Manchester United start their 2021/22 Premier League season against Leeds United on Sunday.

That means I’m back to predicting line-ups and last season we had a pretty good record at getting it right.

Ole Gunnar Solskjaer has a variety of options to chose from with cases for a range of different XIs being made by pundits in the media.

Mine is not too different from what we saw last Saturday in the final pre-season game (4-0 win over Everton) of the summer.

I feel it will be too soon for Raphael Varane but we could see him on the bench.

Although most Reds can accept that Nemanja Matic hasn’t really got the legs anymore, I thought he was excellent in the middle against Everton. I’d also throw Scott McTominay in with Bruno Fernandes to jazz it up in the middle.