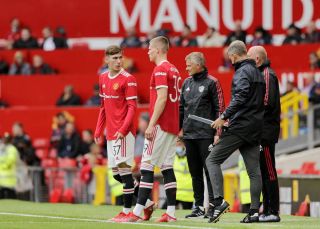 Manager Chris Hughton thinks so highly of the midfielder, he has dropped the biggest clue yet on where Garner will play next term.

Garner played under Hughton at Forest for the second half of the last campaign and made 20 appearances, scoring four goals.

Although a loan move to another Premier League club has been touted in the past, we all want to see Garner playing week-in week-out, and in the Championship he’d be sure to learn a lot.

Hughton’s admiration for Garner is no secret.

“We hope so [sign Garner on loan],” the Forest gaffer told The Athletic. “We generally do not talk specifically about players signing, but James is one who made a contribution we were delighted with last season.

“We are very, very grateful to Manchester United for that happening and his future will be in his hands and the hands of United.

“But we hope we are in the frame. It will be down to him and to United.”