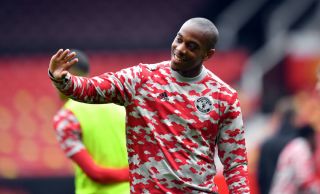 Anthony Martial believes he will be back to his best for Manchester United this season.

We should certainly hope so.

The Frenchman entered last season coming off his best ever individual campaign, in which he scored 23 goals in all competitions, which included his first ever hat-trick.

Sadly, 2020/21 got off to a terrible start and he was sent off against Tottenham resulting in a 3-game suspension. He scored two Champions League goals in his first three games in the competition but did not net his first league goal until December.

Martial’s chances became limited by Edinson Cavani’s arrival and whenever the former AS Monaco youth player got on the pitch, he hardly justified his selection.

The season ended poorly as he went nine games without a goal contribution before sustaining an injury while playing for France. That injury kept him out of the Europa League final and Euro 2020.

With the new season just days away, Martial has spoken exclusively to ManUtd.com, only to reveal his feelings on last term. The 25-year-old is hoping he will be back to his best in a United shirt.

“I am feeling a lot better after five long months,” Martial said. “Getting back together with the team and training with them again, I really feel a great improvement. I am going to need a few more weeks to reach my top fitness levels, and I’m really happy just now to have made my return to training.

“To be honest, I was really happy to start [against Everton] after those long months without playing, it was tremendous to get back out there, especially with the fans and the win, brilliant.

“With the season I had last year, and the niggling injuries I had which prevented me from being at 100 per cent, I’ve since put in my best prep work, so as to be sure of coming back in the best form I can,” he added. “And I hope I can get to my full fitness level as quickly as possible now, to set me up for a great season this time round.

“I hope to avoid injury, of course, and to be really ready and in top shape fitness-wise, to be able to have a great season, and win some trophies.”

Let us know in the comments section if you think Martial deserves another chance at United after last season?