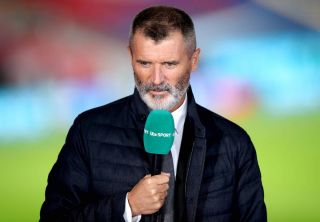 After a second-place finish in the Premier League last season, Manchester United look like a side in good shape to kick on this season and challenge their rivals to become champions this year.

Ole Gunnar Solskjaer oversaw the club’s joint-highest finish in the league since Sir Alex Ferguson left the club and the Norwegian manager will be happy with transfer activity so far, having secured the signings of Jadon Sancho and Raphael Varane (subject to medical).

Solskjaer’s side finished 12 points behind Manchester City last season, and a mid-season slump hampered their push for a 21st league title.

Former Manchester United captain and midfielder Roy Keane has suggested that although recruitment has been good this summer, more additions are needed if they want to close the gap further on their neighbours.

“Sancho, a young, talented player who did well in Germany,” he told ITV, via the Daily Star, on United’s big-money signing.

“But I still think with what Manchester City have done and Chelsea [signing] Lukaku, United still need one or two into the group to really challenge this season.”

Manchester United kick off their campaign in just five days as they face Leeds United on the opening day, with Old Trafford expected to be sold out for the first time since March 2020.