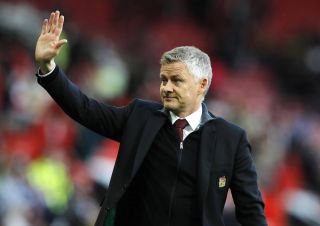 Despite a strong finish to the 2020/21 Premier League campaign, falling second only to the dominance of Manchester City, there were still several frailties that would have stopped Manchester United from bringing home a title once again.

Now, thanks to a couple of big money signings from Ole Gunnar Solskjaer, United look to be a much more threatening side in this season’s Premier League.

The big question of 2020/21 was the lack of confidence in Victor Lindelof after his poor run of form throughout the season. Fans and critics alike thus began to call for a new partner to play by England centre-back Harry Maguire’s side.

And so we turn our heads to new £41 million signing, Raphael Varane.

With the pace that United have been so desperately after in a centre-back, the proven-ability to challenge top strikers, and a winner’s mentality that can be seen with his 18 major trophies in 11 years with Real Madrid.

Not to mention winning the World Cup with his native France in 2018.

It’s safe to say this new addition to United’s backline is unlikely to get too much criticism from Sky Sports’ Gary Neville, who is always the first to call out his boyhood club if need be.

Fighting alongside Varane will most likely be the trio of captain Harry Maguire, right-back Aaron Wan-Bissaka and England hero Luke Shaw.

After an admirable summer for the Three Lions, it should come as no surprise that Varane will be excited to line-up amongst three of England’s best defenders, given how strong their defensive was at Euro 2020.

We can expect David De Gea to continue between the sticks this season. Despite Jose Mourinho labelling back-up keeper Dean Henderson as ‘phenomenal’ if he were to get more game time, De Gea has always been a long-term favourite of Solskjaer’s.

Now that all of Paris Saint-Germain’s energy is focused on Lionel Messi rather than bringing in Paul Pogba, it is looking increasingly likely that the Frenchman will make up one of the three midfield positions for United which, should he find consistent form, will certainly be good for the northwest side.

Alongisde Pogba, we can expect to find a Scotsman labelled by Solskjaer as the most professional player at United. Having been at the club since 2002, Scott McTominay has had to earn his place in the squad, each year making more appearances than the last since he joined the senior squad in 2017.

After a solid effort at Euro 2020, which ultimately saw Scotland not make it out of the group stages, McTominay certainly has the heart and attitude that United need in a central midfielder – often accounting for their lack thereof in Pogba.

Ahead of these will be their Portuguese maestro, Bruno Fernandes. Since signing in January 2020, Fernandes has been the face of United, with everyone terrified of his creative genius.

After a shaky start to the 2019/20 campaign, Fernandes’ signing completely changed United’s season and landed the red devils a third-place finish behind the then totally dominant Liverpool and City.

United’s front three line-up will look to be made up of their new £73 million signing Jadon Sancho, homegrown talent Mason Greenwood and Uruguayan talisman Edinson Cavani.

United fans had been waiting for the Sancho signing for quite a while, and this summer was finally their summer. Having netted 38 goals in 104 appearances for Borussia Dortmund between the ages of 17-21, Sancho is certainly a talent that both United and England have been looking at for a while now.

Alongside him will be the even younger Mason Greenwood, who finished the 2019/20 season with 10 goals at 18 years of age. Equally dangerous with both his left and right foot, Greenwood is a talent that United will cling on to for years to come.

In the middle will most likely play ex-PSG star Edinson Cavani, again scoring 10 goals for the Manchester club last season. Despite his ripe age of 34 years old, we can expect him to improve on his numbers again this season as he looks to find his feet in the English league.

On top of these attacking threats, United boast a squad depth of reborn Jesse Lingard and England’s lockdown hero Marcus Rashford up front.

Looking at United’s new improved squad, fans will certainly have the right to boast a strong defence behind their creative midfield trio, on top of which will sit a selection of three dangerous strikers.