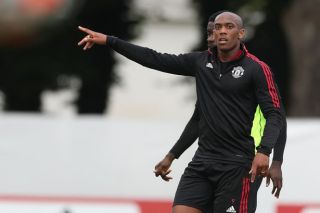 Manchester United host Everton in their last pre-season game of the summer.

Next week the Reds start their Premier League game with a home clash against Leeds United.

It could be a big season for Martial following the news Marcus Rashford will miss the start of the season due to a shoulder operation. The French forward didn’t impress last term and this year, it could be his last chance in a Red shirt to show his value to the team.

It looks like we’ll see the team lined up in a 4-3-3 formation, which is something we are likely to see more of this season, with Solskjaer finally having a defence he can trust.

The addition of Raphael Varane won’t be felt today because the former Real Madrid star must self-isolate before having his medical and completing the move.

Jesse Lingard had to pull out of the squad after testing positive for COVID-19.

Stay tuned for updates throughout the game on our blog.