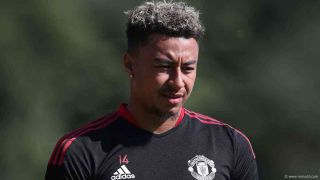 Ole Gunnar Solskjaer will be hoping his squad is not hit heavily by coronavirus this season. Fans have a lot of reasons to be optimistic ahead of the new campaign, with pre-season done and dusted and players looking to reach full fitness.

Manchester United cannot afford to start the season slowly like in previous campaigns. Although you can’t win the league in the opening weeks or months, you can lose the possibility to compete for the bread and butter of English football.

The 4-0 win over Everton was a decent run out for the lads. It’s always good to see us breeze past Premier League opposition, especially a week before the new campaign kicks off, and it’s Leeds United at home to get things started. A tasty affair with Old Trafford at full capacity…

OGS on Lingard/Henderson COVID issues: "Jesse feels OK. Hopefully stay that way. Have to isolate. Dean is negative in testing but not as energised and sharp. Still fatigued. Got a few days to rest and then we will check up on him."

It was only prior to kick-off that news broke about Jesse Lingard testing positive for COVID-19. As for Dean Henderson, we already knew he was unlikely to make the first game of the season.

Mason Greenwood, Harry Maguire, Bruno Fernandes and Diogo Dalot all got on the scoresheet against the Toffees.

But it was a free-kick from Fernandes that has everyone talking at full-time.

Stay tuned for more post-match coverage and build-up to next week’s clash versus Leeds.