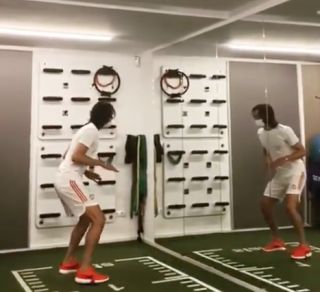 Manchester United striker Edinson Cavani has released a montage of his pre-season efforts on his Twitter account.

With a big season ahead of the team, it appears like Cavani will be the central piece of everything that happens inside the box, and we’ll need him to keep him fit throughout the season.

The Uruguayan took part in the Copa America this summer but will be hopefully for a better return in his second season (and possibly last) as a Premier League player.

Cavani has uploaded a gym montage which allows you to see him being put through his paces.

It’ll be a boost for Cavani to spend some time with his United teammates before the season starts.

Only time will tell if he will get some minutes under his belt against Everton in our final pre-season friendly tomorrow.