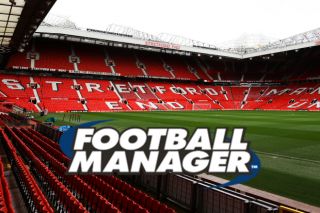 Sports Interactive, makers of Football Manager, announced today it will no longer use the Manchester United name in its video game series. The gesture comes as one of good will.

The decision announced on Twitter this afternoon states that Manchester United and Sega have resolved their trademark dispute.

Now we have learned that from Football Manager 22 onwards, Manchester United football club will be named ‘Manchester UFC’ or Man UFC’.

“These name changes have been made purely to settle the dispute on a no admission basis,” the company said.

Sega feel that it does not need a license to use the club’s name but the change was made as “a gesture of good will,” so I don’t think United come out looking any better as a result.

SEGA and Sports Interactive maintain that they do not need a licence to use the ‘Manchester United’ name but have made the change as a gesture of goodwill so that both parties can move on.

Just me, or has Football Manager picked terrible alternatives?

Manchester United Football Club. That’s what we are.