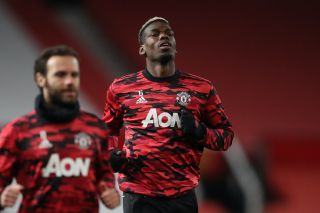 Although focus has heavily been on incomings this summer, rumours surrounding Paul Pogba’s future has been as prominent as ever. The 28-year-old has just one year remaining on his current deal at Old Trafford and is free to leave for nothing next year.

Paris Saint-Germain’s interest in Pogba is said to be genuine but talks with Pogba over a new deal at Manchester United has been discussed with the player.

That’s according to The Athletic, who goes on to say that there are people in knowledge of the situation who doubt whether Pogba truly wants to leave the Premier League to join Ligue 1.

Pogba and his family are said to be settled in Manchester and although no agreement has been reached between the player and the club, it’s claimed that negotiations could stretch into the start of the new season.

Furthermore, Pogba is said to have returned to the club after his holiday in good physical and mental condition, compared to last season when he was recovering from a COVID-19 infection.