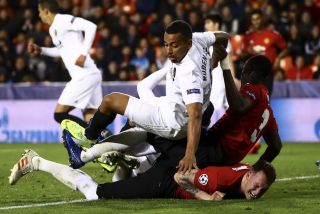 Having featured in just two Premier League matches throughout the duration of last season, defender Phil Jones’ time at Manchester United certainly does appear to be nearing its end.

Having spent a decade at Old Trafford following his transfer from Blackburn all the way back in 2011, Jones, 29, looks to be one of the names set to move on in the near future.

After featuring in 224 matches, in all competitions, the English defender, who has been plagued with injuries, especially in recent times, has seen highlight moments include lifting the 2012-13 Premier League title.

However, following what is shaping up to be a major squad rebuild, manager Ole Gunnar Solskjaer is expected to sanction the departure of Jones.

According to recent reports, the Red Devils are willing to let the Englishman leave for free in order to ensure a suitable destination is found.

However, although Jones is expected to move on sooner rather than later, StrettyNews understands that the Red Devils’ hierarchy has yet to inform the player of their plans.

We understand that Jones, as well as those close to him, have not yet held any discussions with the club over whether or not he’ll be allowed to leave this summer.

It is also our understanding that for the most part of last season, Jones was expecting to be told he can go out on loan next season but will need to prove his fitness before any interested clubs make a move.

2 responses to “Exclusive: Man United yet to make defender aware of transfer plans” 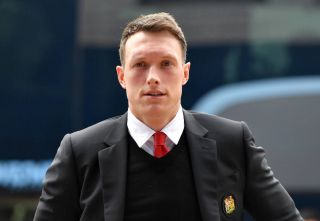 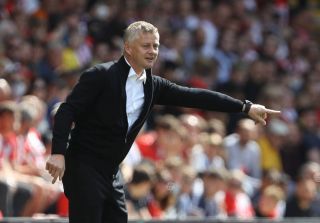