Following the announcement of Jadon Sancho and the impending arrival of Raphael Varane, Manchester United have already had one of the most exciting transfer windows in recent memory.

However, the summer window is far from over yet and with the club still hopeful of reinforcing the midfield position, at least one more arrival could happen.

Seemingly set to solve their centre-back woes, Ole Gunnar Solskjaer’s attention is likely to soon turn to a new midfielder – especially if Paul Pogba moves on after being heavily linked with a switch to Paris-Saint Germain.

As much as a lot of fans would like to see Rice swap London for the sunny streets of Manchester, with the Hammers valuing the midfielder well over £100m (Sky Sports), Solskjaer may have to wait for at least for another year.

Elsewhere, both Niguez and Camavinga are expected to be available this summer with the Rennes player likely to be the cheapest option.

Following what looks set to be a £113m summer splash on Sancho and Varane, the Glazers may be forced to pursue Solskjaer’s most cost-effective option.

Ahead of Pogba’s possible sale and assuming the club get a deal for Varane across the line with a midfielder next in line, here is how we think the Red Devils could look in time for next season. 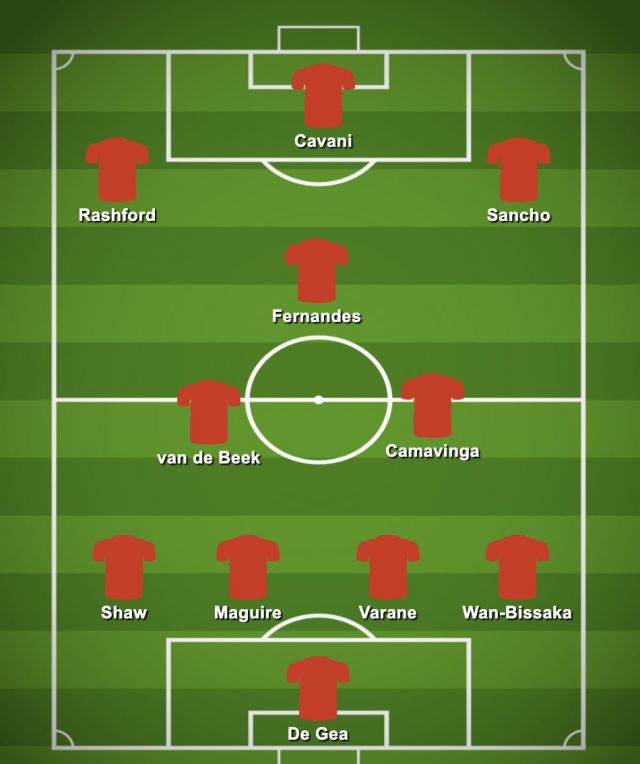