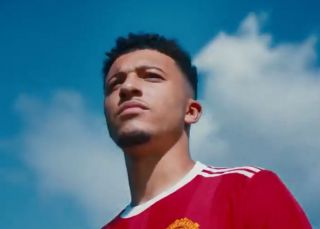 Jadon Sancho has been officially announced as a Manchester United player.

We have known for the past month that a deal was done — only to wait for the final bits of paperwork to go through, but finally Manchester United have their man.

Sancho was on the club’s transfer list a year ago, but United were unable to agree on a deal with Borussia Dortmund before the 2019/20 campaign began. Now we can rest knowing that he is our player and once again we’ve got a real attacking threat down the right side.

United tweeted a video announcement on Friday lunchtime, which read: “This is his home. This is where he belongs. Jadon Sancho is UNITED.”

This is his home.
This is where he belongs.

We are buzzing with Sancho’s arrival and can’t wait to see what he will bring to the team next season.

It was a slow saga but it’s done now.