According to recent reports, Manchester United are ‘getting serious’ in their pursuit for Bayern Munich midfielder Leon Goretzka as the player stalls over a new contract.

That’s according to a recent written report from SportBILD (as relayed by MEN), who claims the German giants are trying to negotiate a new contract with their star midfielder.

However, despite being keen to see Goretzka extend his stay at the Allianz Arena, SportBILD believes negotiations are making slow progress – promoting several clubs to up their interest.

Since his arrival at the 31-time Bundesliga winners, the commanding midfielder has gone on to feature in 112 matches, in all competitions, directly contributing to an impressive 35 goals, along the way.

However, likening his situation to that of Manchester United midfielder Paul Pogba’s – Goretzka will see his contract expire this time next summer.

In an attempt to identify a possible replacement for Pogba, who has been heavily linked with a move to Paris-Saint Germain, reports in Germany are suggesting Ole Gunnar Solskjaer is prepared to turn his attention to Goretzka. 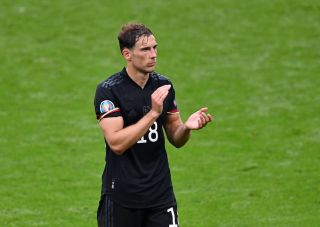 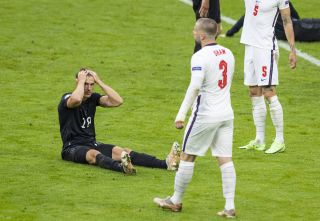 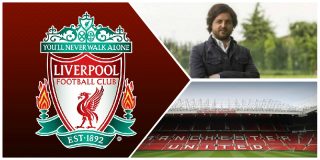