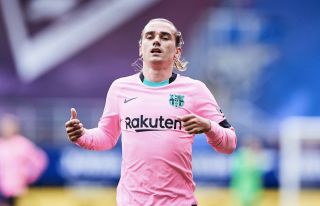 Barcelona is now suffering the repercussions of years worth of poor decisions, with their latest headache coming by way of striker Antonie Griezmann. The club needs to offload in order to move forward, but given how much some of their stars earn, finding potential suitors, especially in this post-COVID era, is proving difficult. Following their failed attempt to reach an agreement with Atletico Madrid, it is now being reported that the French striker may have a future in either England or Italy.

That’s according to a recent report from Spanish outlet Sport, who claims the French World Cup winner is destined to leave the Nou Camp.

However, with his earnings so high, his employers, as well as his representatives, are finding it tough to reach an agreement with a potential buying club.

Reports earlier this week had revealed how Barcelona was hopeful that the player’s old club Atletico Madrid may accept the striker back, however, after struggling to agree on the finances, that move now appears to be dead in the water. 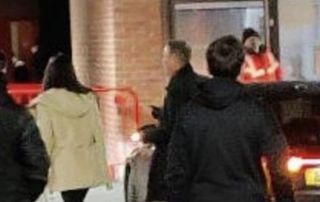 Seemingly determined to move the forward on, the latest in the ongoing saga comes from Sport, who claims a trio of top European clubs, including Manchester United could be interested in offering Greizmann an escape from his Barcelona nightmare.

Alongside Ole Gunnar Solskjaer’s Red Devils, are understood to be Chelsea and Serie A giants Juventus.

The outlet notes that when it comes to United, they’d only further their interest if the ‘conditions’ of any proposed deal are right.

In addition to the financial aspects – the player himself would only be interested in joining a new club if the project excites him.