Amad Diallo is preparing for the Olympic Games.

The tournament kicks off on July 22 and we’re all wishing the Manchester United winger and his teammates the very best.

Amad isn’t the only United player representing the Ivory Coast at the Olympic Games – he is joined by centre-back Eric Bailly, who we are sure is waiting on a big arrival at Old Trafford this summer to beef up his competition for a place in the starting eleven.

Ivory Coast legend Didier Drogba is a big fan of Amad and sent him a message on Instagram, telling him to continue representing the whole of Africa – not just his own country. 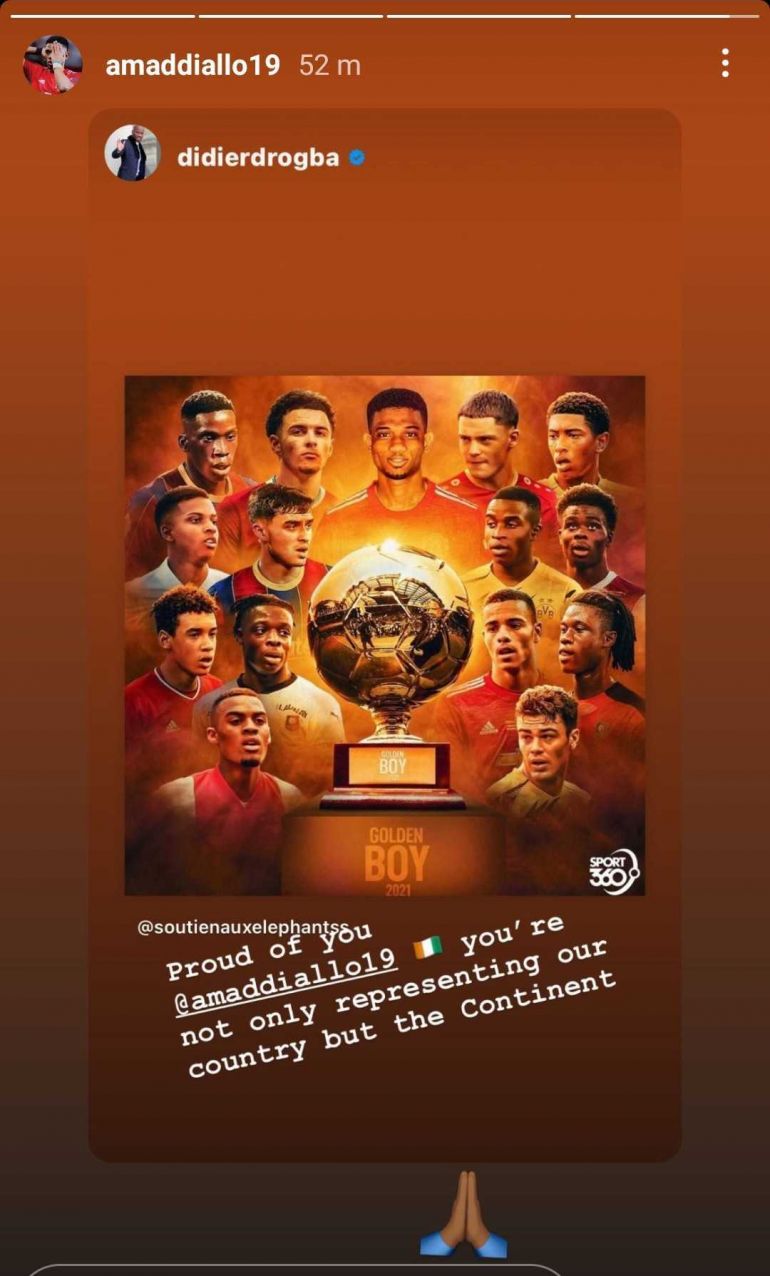 They have their work cut out for them after being drawn in the same group as Brazil and Germany.

Amad must quarantine when he returns from Tokyo to the UK and there’s a chance he could still be eligible for United by the time the Leeds game comes around.