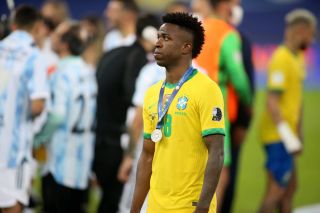 In quite extraordinary news, Manchester United have been offered the chance to sign Vinicius Jr from Real Madrid during talks over a transfer involving Raphael Varane, according to reports.

Manchester United are locked in negotiations with Real Madrid over the France defender but new reports claim that the Spanish club have offered United the chance to sign Vinicius Jr as well.

Real Madrid are said to have made Kylan Mbappé their top target this summer and are trying to fund a move for the Paris Saint-Germain superstar by finding suitors for Vinicius. That’s according to a report in The Mirror, who cite a £68.5m fee as a minimum for the Madrid club to facilitate a sale.

Furthermore, Manchester United have indicated an interest in the player but are not interested at that price, which could mean that a loan move is explored. 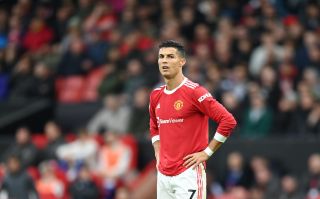 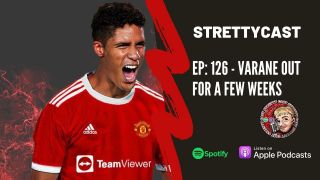 Raphael Varane is believed to be closing in on a transfer to Old Trafford with personal terms now agreed. The deal is now said to be hinging on the two clubs coming to an agreement over a transfer sum.

According to the report, Real Madrid and Manchester United are not believed to be far apart in their valuation as just £10m separate the two clubs.