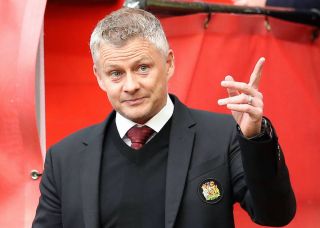 Manchester United are set for a busy summer of transfer activity with another overhaul planned. The club has already completed the signing of Tom Heaton on a free transfer whilst an agreement for Jadon Sancho has been announced.

On top of Heaton and Sancho, a deal to bring Raphael Varane to the club appears to be edging closer with some reports in Spain claiming that a deal, believed to be worth €50m, is now imminent.

And according to the Daily Express, Manchester United want to bring an additional two players to the club to bring their tally up to five for the summer.

The report claims that Manchester United want to sign a defensive midfielder to bolster that department, with Declan Rice being among those appreciated by the club.

Furthermore, Kieran Trippier is another player of ‘huge interest’ to Manchester United, and talks with Atletico Madrid are already underway for his signing. A deal, however, will take time to materialize.