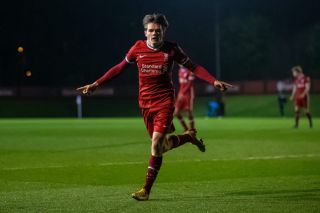 Ennis, 16, is part of Liverpool’s youth academy and has been tipped to develop into a future Premier League midfielder.

Despite still being in his teens, the talented Englishman has already racked up five goals and one assist in his first eight youth appearances, in all competitions.

StrettyNews can exclusively reveal that despite being heavily linked with a switch to join up with Chelsea’s academy, Ole Gunnar Solskjaer’s Red Devils have swooped in to steal the talented playmaker away from their rivals.

The youngster will join United this summer on a three-year contract and is expected to go straight into the under-18s squad.

Ennis’ impending switch to United is being lauded among industry members as an excellent piece of business from United and their youth recruitment team.

One response to “Exclusive: Man United set to beat Chelsea to signing of Liverpool midfielder”