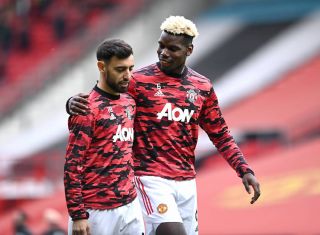 Every other year, pre-season for the ‘bigger’ teams is usually disrupted by a lack of first-team regulars in the early weeks of preparations. That’s largely down to teams who finish higher in the table traditionally having more players out on international duty.

This summer, Manchester United were one of the clubs in Europe with the most players taking part in a tournament this summer as Copa America and Euro 2020 were played 12 months after initial plans.

Five members of Ole Gunnar Solskjaer’s first-team squad have only recently gone on a three-week holiday after reaching a major final – that’s Fred, Jadon Sancho, Marcus Rashford, Harry Maguire, and Luke Shaw. According to The Athletic, the English players will return on August 1 whilst Fred joins pre-season the day before.

David de Gea and Edinson Cavani reached the knockouts in their respective tournament and will return on July 27 and July 26, whilst Victor Lindelof returns on July 20.

Several familiar faces are expected to return as early as next week – Paul Pogba, Bruno Fernandes, Diogo Dalot, and Daniel James will all join in on pre-season plans on July 19. Scott McTominay, who played for Scotland in their disappointing Euro 2020 campaign, is believed to have already returned.

Solskjaer is expected to have a full squad to choose from when Leeds make the trip to Old Trafford on August 14 but questions will remain over the fitness of late arrivals such as the England players.

Read more: Kieran Trippier is ‘confident’ he will join Man Utd this summer