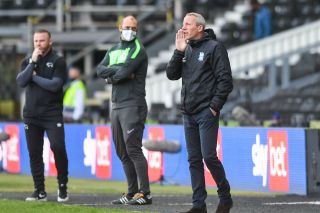 The Dutch starlet signed a deal with Birmingham last week but will train with United for now.

Chong has been sent on loan twice in the past year to Werder Bremen and Club Brugge. He will be hoping his time at Birmingham ends on a more positive note, but the second tier side haven’t been able to finish higher than 10th in the Championship over the past nine seasons…

The ultimate aim for Chong next season is to be a regular for Birmingham and to come back a better player.

Bowyer has given his first thoughts on new signing Chong in an interview with Birmingham’s official website, saying: “Manchester United were kind enough to trust us and to send such a good talent to us.

“My job is to now improve him and send him back a better player than what has arrived. I believe that we will do that, and I am excited to work with him.

Bowyer will hope Chong can have a huge impact on his side and push Birmingham closer to the play-off positions. I don’t think we’ve seen anything to suggest he will do that, but the talent is clear to see and I’d love to see him become a star at United.