According to a leaked image, German side Borussia Dortmund has already reallocated Jadon Sancho’s number seven shirt ahead of his £73m move to Manchester United.

The image, which has been circulating on social media, showed Sancho’s shirt number now occupied by American midfielder Gio Reyna. 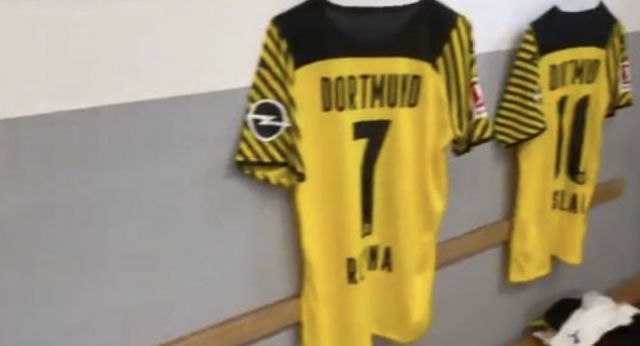 It has not yet been confirmed what number the English attacker will take up when he is officially unveiled as a United player, however, some fans have speculated Edinson Cavani may sacrifice his number seven shirt so the Englishman can retain his former number.