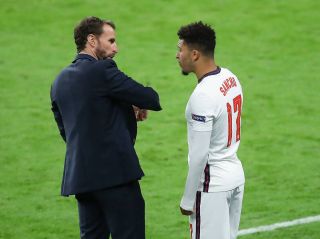 Manchester United are set to announce the signing of Jadon Sancho within 48 hours, according to reports. The young winger is finally free to complete his move to Manchester United after his involvement with England ended this week.

Two weeks ago, the club announced it had reached an agreement with Borussia Dortmund for the transfer of Sancho but completion was subject to a medical and agreement over personal terms with the player.

It had widely been reported on Tuesday that Sancho has now undergone his medical at the Carrington training complex and is set to be announced as a Manchester United player this week.

According to Daily Mirror journalist David McDonnell, official confirmation from the club is expected to come in the next 24-48 hours as fans prepare for a long-awaited end to an excruciatingly long transfer saga.

After completing a return to England, Sancho is now set to go on a three-week-long holiday after an intense season but is expected to return before Manchester United’s first Premier League fixture on 14 August.