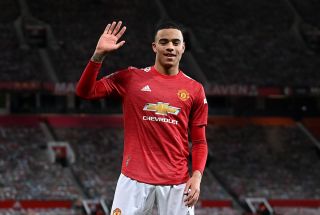 Mason Greenwood has welcomed a ‘new player’ to Manchester United but has remained coy over the player’s identity, instead insisting that competition for places is healthy.

The 19-year-old was one of Manchester United’s top performers in the second half of the season and looked likely to make Gareth Southgate’s 26-man squad for this summer’s European Championship but was forced to pull out due to injury.

Jadon Sancho, who is set to complete a move to Manchester United within the next 48 hours, has been a hot topic this summer and although Greenwood doesn’t name the winger, he has seemingly welcomed the former Manchester City star to the squad.

“It’s got to be my biggest season yet,” Greenwood told United Daily, via Manchester Evening News.

“Obviously we brought a new player in and it’s good to have some good competition in the team. Obviously, he’s a fantastic player and we’ve got to push more.”

Tom Heaton is the only confirmed signing so far this summer and even if the former Burnley goalkeeper is comfortable with his feet, he is unlikely to challenge Greenwood on the wing.

Jadon Sancho is yet to be officially announced as a Manchester United player but it’s fair to assume who Greenwood made the admission about.