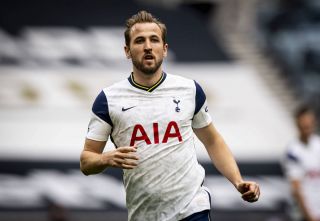 When Edinson Cavani signed a one-year extension to his contract at Manchester United, it was largely accepted that the club had put their search for a striker on hold for a year. As revealed by Stretty News, signing a striker this summer was considered a priority before the Uruguay international committed to an extended stay.

But these plans were scuppered after Cavani’s contract extension, meaning that signing a striker this summer is unlikely but will soon be on the agenda again.

Daily Express now also claims that Manchester United have decided against pursuing a deal to sign Harry Kane this summer, with Ole Gunnar Soskjaer’s side focusing on other targets instead.

The report claims that a swap-deal involving Kane moving to Manchester United has been branded as ‘nonsense’ and that the Old Trafford club has instead set its sights on a centre-back and a midfielder, despite Kane’s desire to leave Tottenham.