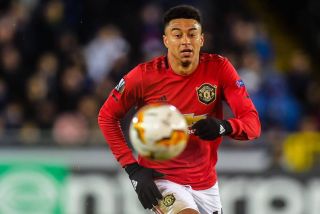 Jesse Lingard enjoyed an impressive loan spell at West Ham last season but he will be back training with Manchester United tomorrow as Ole Gunnar Solskjaer’s side prepares for pre-season.

The England star’s quarantine from a holiday in Mykonos ends on Monday and that allows Lingard to return to Carrington safely tomorrow, as per the Manchester Evening News.

Lingard’s future remains unresolved and West Ham have yet to make attempts to sign the midfielder on a permanent basis, although there’s a good chance he will want to experience returning to United as a better player, having proved himself during the second half of the previous campaign.

There’s obviously still a chance he could leave this summer, which I’d imagine will depend on whether a decent offer comes in or not.

At West Ham, Lingard scored nine goals and assisted a further four in 16 appearances. That is a pretty decent return for a midfielder many put their noses up.

He was unlucky to miss out on a place in Gareth Southgate’s England squad for Euro 2020 – but I am sure he will be cheering on his international teammates later today when they take on Italy in the eagerly awaited final.