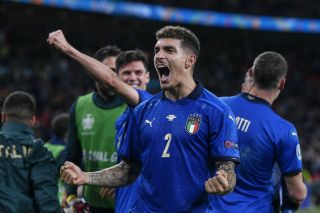 The past four years has been a spectacular ride for Italy right-back Giovanni Di Lorenzo. From playing in Serie C, the third tier of Italian football, to looking set to start in a European Championship final against England at Wembley. The Napoli star is not being linked with a move to Manchester United.

After three seasons in Serie C with Matera, he ended up at Empoli and eventually Napoli for €8m (via Transfermarkt). A call from the national team soon followed as Roberto Mancini gave Di Lorenzio his first chance when he was 26-years-old – and now he is set to star in the Euro 2020 final.

According to reports in Italy, as per Il Napolista, Di Lorenzo has been viewed as an alternative to Aaron Wan-Bissaka, costing roughly €20m.

That would make the Italian full-back an alternative to Kieran Trippier too, with reports via talkSPORT suggesting United made a move for the England international which was rejected by Atletico Madrid prior to the Euros.

Fabrizio Romano recently told the Strettycast: “The position of Atletico Madrid is they don’t need to sell. They always act like this because they don’t need money, so only if the right club offers the right money they will sell. For Trippier, they want around €40 million.” 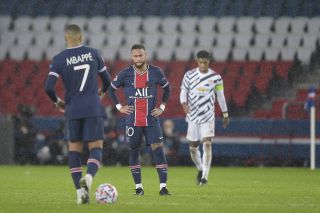 United need competition at right-back not just to give Wan-Bissaka extra encouragement to improve his game, but to add greater squad depth. We know that AWB isn’t fantastic in the final third, although the arrival of Jadon Sancho will help us down that flank and people may start to appreciate the English full-back more.

That doesn’t change my opinion that Solskjaer should add a right-back to his squad and cash in on Diogo Dalot.

After Alessandro Florenzi’s injury, Di Lorenzo came on as a substitute against Turkey and has been an undisputed starter ever since for Italy.

We shouldn’t be surprised – on the eve of the European Championship final – to see United linked with one of Italy’s players.

If he does anything noteworthy throughout the game, we’ll take note of it so stay tuned for highlights and reaction. 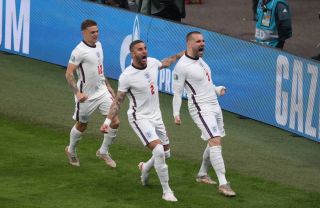