Manchester United Women players are set to contact the PFA after growing increasingly frustrated over the club’s inability to appoint a successor to Casey Stoney, according to reports.

Stoney left the club almost two months ago and no appointment has been made to replace the manager, with the 39-year-old having reportedly left the club due to reservations over how it was run.

According to The Athletic, players at Manchester United feel they’re in the dark over plans and are now preparing an approach to the PFA. Sources have reportedly told the publication that players are losing faith in communication channels with the club’s directors.

The approach is said to be based on fears that the club is not doing its best to be prepared for the new season, due to kick off early in September. Man Utd Women could be dealt a further blow, with the report also claiming that Lauren James is expected to leave the club to join Chelsea. 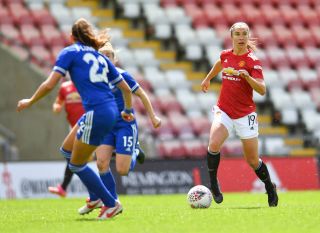