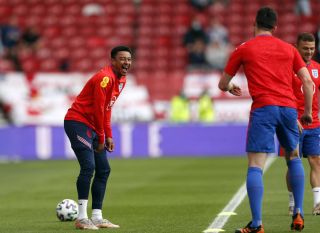 A dream swap-deal was touted some months ago. Jesse Lingard started pulling up trees at West Ham and several fans wondered whether he could be used as a sweetener in a deal to sign Declan Rice.

The Red Devils have been linked with a move for the West Ham midfielder this past year, with fresh claims from the Manchester Evening News about the England international being a transfer target, but it is understood that Rice will likely to priced out of a move away from the Hammers this summer.

ESPN claim Lingard has no interest in being part of a deal that would see Rice become a Manchester United player.

From their time together at West Ham, the pair appeared to become close friends, so maybe the plan is for both to be playing their football at United in the future.

It is noted that Ole Gunnar Solskjaer is keen to add a midfielder to his squad but is aware of the club’s need to manage their transfer funds carefully.

That means selling a few players would help after Jadon Sancho and a centre-back come in.