Manchester United are making their transfer moves early ahead of next season. Following the recent announcement that the Red Devils have reached an agreement with Borussia Dortmund to sign winger Jadon Sancho, more news now appears to be coming in regarding two other targets.

It has recently been revealed by leading football journalist Fabrizio Romano that with Sancho more or less a done deal (pending a medical) – the Red Devils have now turned their attention to a centre-back and a midfielder.

Romano has been updating fans with regards to how the club’s pursuit of Real Madrid’s Raphael Varane is coming along – as well as recently providing a hugely exciting update on Rennes’ midfielder Eduardo Camavinga.

It has been noted that although a deal for Varane is very possible, a transfer is not expected to happen too quickly.

However, late on Sunday night, Romano also confirmed that the club’s hierarchy is progressing well in their talks to land Camavinga – a target often linked with a switch to Arsenal too.

In light of what is shaping up to a be blockbuster transfer window for Ole Gunnar Solskjaer, we have looked at how the team may look, on paper, next season – should the Norweigan land all three of his main targets, that is. 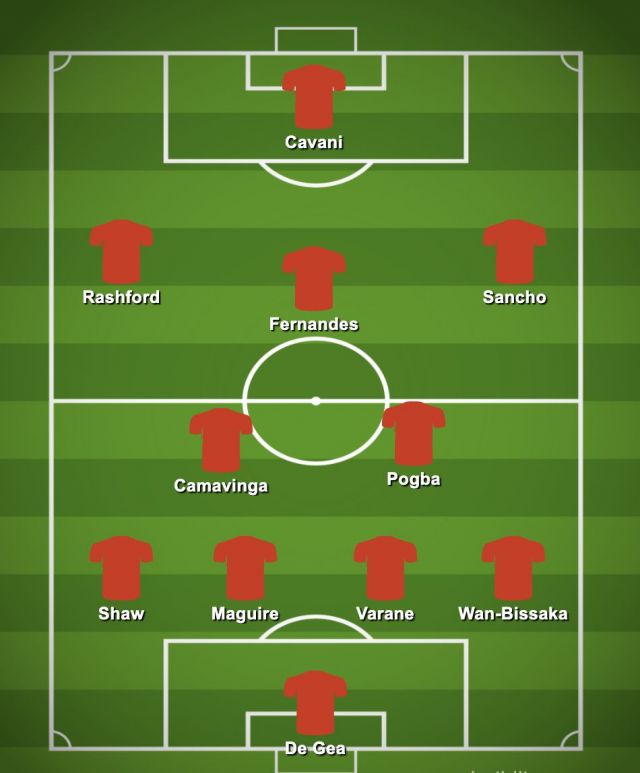 Where would this side finish in the Premier League? – Let us know in the comments.