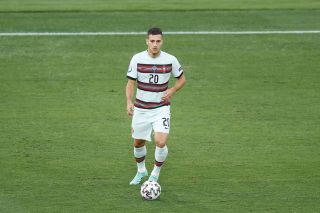 This one is not going anyway.

It was a huge surprise when reports started to surround Diogo Dalot with interest from Real Madrid. Yes, the same player who was overlooked at United and sent on loan to AC Milan last season, where he impressed but probably not enough to get into Ole Gunnar Solskjaer’s plans.

Reports in Italy suggest Real Madrid are battling AC Milan for the signature of Dalot.

Apparently Carlo Ancelotti is desperate for a deal having chased Dalot while in charge of Everton. That does seem a bit far-fetched though.

Dalot is a good player with lots of potential, but his days could be numbered at Old Trafford if a decent offer comes in. There is also a number of ways United could do business with Madrid this summer — since Solskjaer would like to add a certain Raphael Varane to his defence.

Let us know in the comments if you think United should sell Dalot this summer?