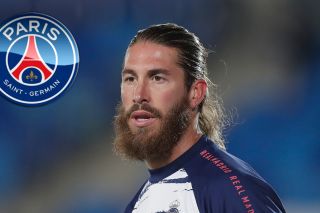 We expected gobbledegook like this from the Sergio Ramos transfer circus this summer.

The Mirror suggest Sergio Ramos rejected the chance to join Manchester United this summer in favour of a move to Paris Saint-Germain. The offer is said to be worth somewhere in the region of £10m, but instead he moves to Paris after signing a 2-year deal.

Ramos, 35, was unable to find an agreement with Real Madrid over a new deal and decided it was the right time to move on.

And the French league will suit him more than ever.

While United are understood to be prioritising the addition of a new centre-back this summer, I don’t believe for one moment that Ole Gunnar Solskjaer seriously considered a move for Ramos because he wasn’t on the club’s transfer list.

United want Raphael Varane and there are other names on the list if they can’t get the Frenchman this summer.

After all, Ramos is past it.