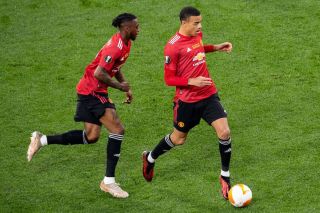 It’s hard to believe Mason Greenwood is still only 19-years-old. Having made his debut for the club back in 2018, it feels as though Greenwood has been at Manchester United for a lifetime and with the forward still only in his teens there can be little doubt that his best years are yet to come.

There are few if any better prospects in European football than Mason Greenwood. His sublime finishing combined with his terrific work up top makes him a real special talent and is one which could lead the Reds attack for the next decade.

Likened to current head coach Ole Gunnar Solskjaer, Greenwood’s finishing is what makes him stand out. Whenever the balls falls to his feet inside the penalty area you would bet your bottom dollar on his finding the back of the net.

There aren’t many strikers that give you that wow factor but with Greenwood he gives you exactly that. I don’t think I have seen a better finisher than him and the frightening thing is he will only get better with age.

Having already scored 29 goals thus far for the Reds, I see no reason why Greenwood cannot go on and become United’s number one choice striker for years to come because the potential is definitely there. He has all the makings of a true world class striker and if he is given the opportunities to flourish then you would back him all the way to take grab those opportunities with both hands.

It is no secret that United are on the lookout for a new striker to lead the line this season and with Cavani staying put for another year it will be no easy task for Greenwood to establish himself. But he is more than capable of doing so if given the opportunity.