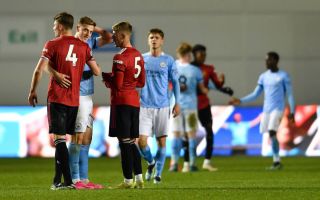 Manchester United full-back and academy player Reece Devine is set to secure a loan move to St. Johnstone, the club has confirmed on their official website. The 19-year-old will depart the club on a temporary basis for the entirety of the 2021/22 season.

Devine made 16 appearances for the Manchester United U23’s last season and is now set for a first taste of first-team football in Scotland, with the move being subject to international clearance.

Devine, primarily a left-back but can substitute other positions if needs be, will be hoping to impress Ole Gunnar Solskjaer during his time in Scotland after seeing several of his teammates make their debut under the Norwegian boss.

🆕 | "Good experience being in a first-team environment, this fitted me perfectly."

Mason Greenwood, Hannibal Mejbri and Anthony Elanga have all shared the pitch with Devine for the academy sides and the Stourbridge-born defender will be sure to take inspiration from their rise to first-team status.

With departures in his position at his new club, Devine is set to challenge first-team regulars for a starting berth in his bid to establish himself as a ready-mate player.