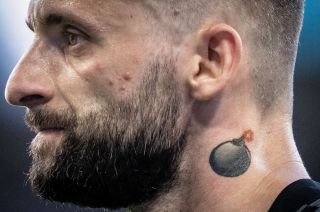 According to recent reports, both Manchester United and Barcelona are preparing offers within the region of £25m (€30m) for Inter Milan midfielder Marcelo Brozovic.

That’s according to La Repubblica (as relayed by FC Inter 1908), who claims the Croatian midfielder is struggling to agree a new contract with the Nerazzurri.

Brozovic, 28, first joined Inter from Dinamo Zagreb in 2015, initially on loan, before making his switch permanent the following season for a fee of just £4.5m.

Since Brozovic has arrived at the San Siro, the industrious midfielder has gone on to feature in 242 matches, in all competitions, directly contributing to 57 goals, along the way.

However, with just 12-months left on his current contract, there are now growing concerns the Croatian may be seeking a new challenge.

La Repubblica claims that although talks between the club and the player over a new deal have been ongoing, both parties have so far failed to reach an agreement.

This could now open the door for both United and Barcelona to swoop in and make a summer move.

The outlet notes that both the Red Devils and Ronald Koeman’s Barcelona are prepared to offer around £25m in exchange for the midfielder.