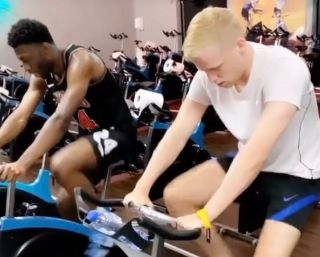 It wasn’t the debut season he dreamed of at Old Trafford, but it looks like Van de Beek is working hard to set the record straight ahead of next season. The 24-year-old had joined United following his £35m transfer from Ajax, as per Goal.

Van de Beek started just four Premier League games last season and he will be aiming to have a bigger impact next term. He’s been spotted working out in a gym with former United defender Fosu-Mensah, who is currently at Bayer Leverkusen.

We all have our fingers crossed hoping for a better season from Van de Beek.