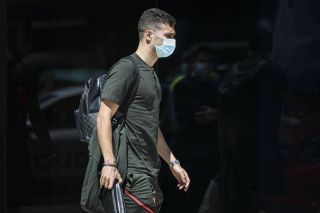 Reports from Italy suggest Manchester United have revealed their valuation of Diogo Dalot, amid interest from AC Milan and Real Madrid.

Real Madrid are said to want the Portuguese full-back on a permanent basis, as per Calciomercato, with bonus claims Carlo Ancelotti wanted to sign the player while he was in charge at Everton.

United’s valuation for Dalot is noted as €15 million which is less than what United paid for him.

Dalot impressed during his season-long loan at AC Milan last season – though it is not thought that they are willing to sign him on a permanent basis. United, however, will not listen to another offer for a loan deal.

The right-back’s stock has risen over the year after joining the U21 Portugal national team for the U21 European Championships and eventually replaced Joao Cancelo in the senior team, given that the Man City defender had tested positive for COVID-19.

It would be a surprise to see Madrid sign Dalot but it sounds like their funding this summer is limited.