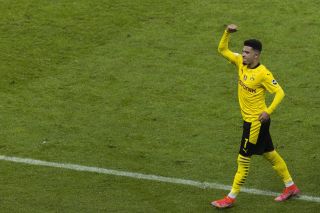 An agreement has been reached between Manchester United and Borussia Dortmund.

Sancho is set to join United after a long transfer saga — with the club tracking him for the best part of 3-4 years.

A lot of people will be asking if Sancho is worth the money United are paying for him, but Gary Lineker certainly thinks so — as well as that people don’t realise how good he really is.

Lineker tweeted: “So it appears @Sanchooo10 is about to sign for @ManUtd. All agreed. You’ve got one helluva player. Much better than you probably realise.”

So it appears @Sanchooo10 is about to sign for @ManUtd. All agreed. You’ve got one helluva player. Much better than you probably realise. 👌🏻

For instance, Sancho has hardly got a look in at this summer’s European Championship, with Bakayo Saka ahead of him in the pecking order with England.

If he can bring his form from the Bundesliga, along with the goals and assists, United will get the best out of Sancho. Last season he managed 16 goals and 19 assists.

It has been some time since United have had a proper right winger and it’s only going to make us less predictable in attack.