Jadon Sancho has deleted a tweet from his profile after news broke that Manchester United and Borussia Dortmund have reached an agreement on his transfer. The 21-year-old is the subject of extensive speculation but is not set to complete a move to Old Trafford this summer.

The only caveat to the move is Sancho’s history in Manchester – the winger spent two years at Manchester City before making his move to Dortmund in 2017.

Sancho made several appearances against Manchester United on academy level and has now deleted a tweet saying ‘football is blue’. 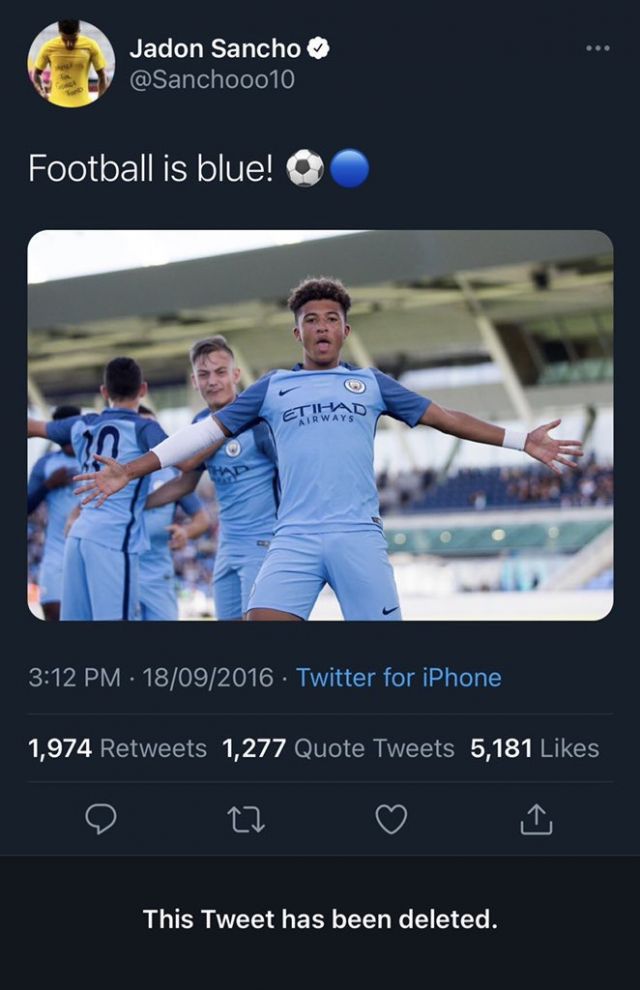 The tweet in question, originally posted in 2016, gained popularity on Twitter when news over Sancho’s transfer broke, prompting the soon-to-be Manchester United player to swiftly delete it, as seen above.

Sancho is now expected to see out his commitments with England during this summer’s European Championships before completing a move to Manchester United, with an official announcement not expected until after the tournament.