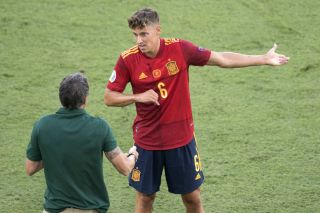 Marca claim Manchester United are big admirers of the Spanish midfielder, who is currently representing his country at Euro 2020, but rumours about his future at Atletico Madrid persist.

The Spanish newspaper suggests Ole Gunnar Solskjaer is set to instruct the board to try sign Llorente. There’s a slight problem in that he has three years left on his current deal with Atleti, so a deal will prove costly to pull off, as United have seen in their approach to sign Kieran Trippier this summer.

Marca reckon United will test the waters, presumably when Spain’s Euro 2020 comes to a close.

I’ll wait to build up any excitement until United decide the player is worth a serious offer rather than just testing the waters when he’s currently tied to a three-year contract.