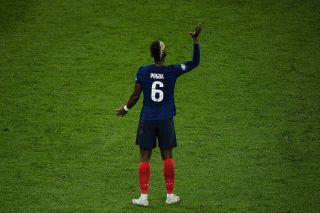 David de Gea’s Spain have qualified for the next round of this summer’s European Championships whilst France crash out of the tournament after losing on penalties against Switzerland.

David de Gea, who was an unused substitute, watched on as Spain and Croatia played out a remarkable encounter. La Roja came out as winners as their five goals were enough to dismiss a battling Croatia side, who managed to take the game to extra time with two late goals.

Croatia took the lead early in the first half after a calamitous error by De Gea’s replacement between the sticks, but Luis Enrique’s men fought their way back with five goals over 120 minutes.

Paul Pogba, who has widely been regarded as one of the players of the tournament so far, played a key role in France’s 3-3 draw with Switzerland. France came from behind to take a 3-1 lead but conceded two goals in the second half, which took the affair to penalties.

Pogba scored France’s third goal with an unbelievable strike from 30 yards but the Manchester United midfielder was unable to stop his side from going out. Pogba also scored his penalty in the shoot-out, choosing to go before any of his France teammates.